Canada’s largest city is famous in transit circles for … going in circles when it comes to making final decisions about transit projects. So any plans, let alone timelines, should be viewed with some skepticism. This map is limited to projects that are well underway and likely to be completed this decade, and thus doesn’t include the potentially transformative Ontario Line, among others. It does, however, include an even more transformative project, at least on a regional scale: the regional rail makeover formerly known as GO RER. That project is more accurately described as a package of projects including electrification, new stations, and most importantly, capacity upgrades to allow frequent, bidirectional, all-day service — essentially, to leverage existing commuter rail infrastructure to provide something close* to area-wide rapid transit at limited cost. (* Planners could, of course, always go further).

This map, obviously, is based on the Toronto Subway map. Instead of streetcars, however, it includes segments of GO Transit lines with rapid transit-level service (see above!). The naming scheme for GO lines can be found here. The typeface is Helvetica Now — a bit of a shame, since Toronto Subway signage features a lovely bespoke font reflecting the region’s Anglocentric roots. 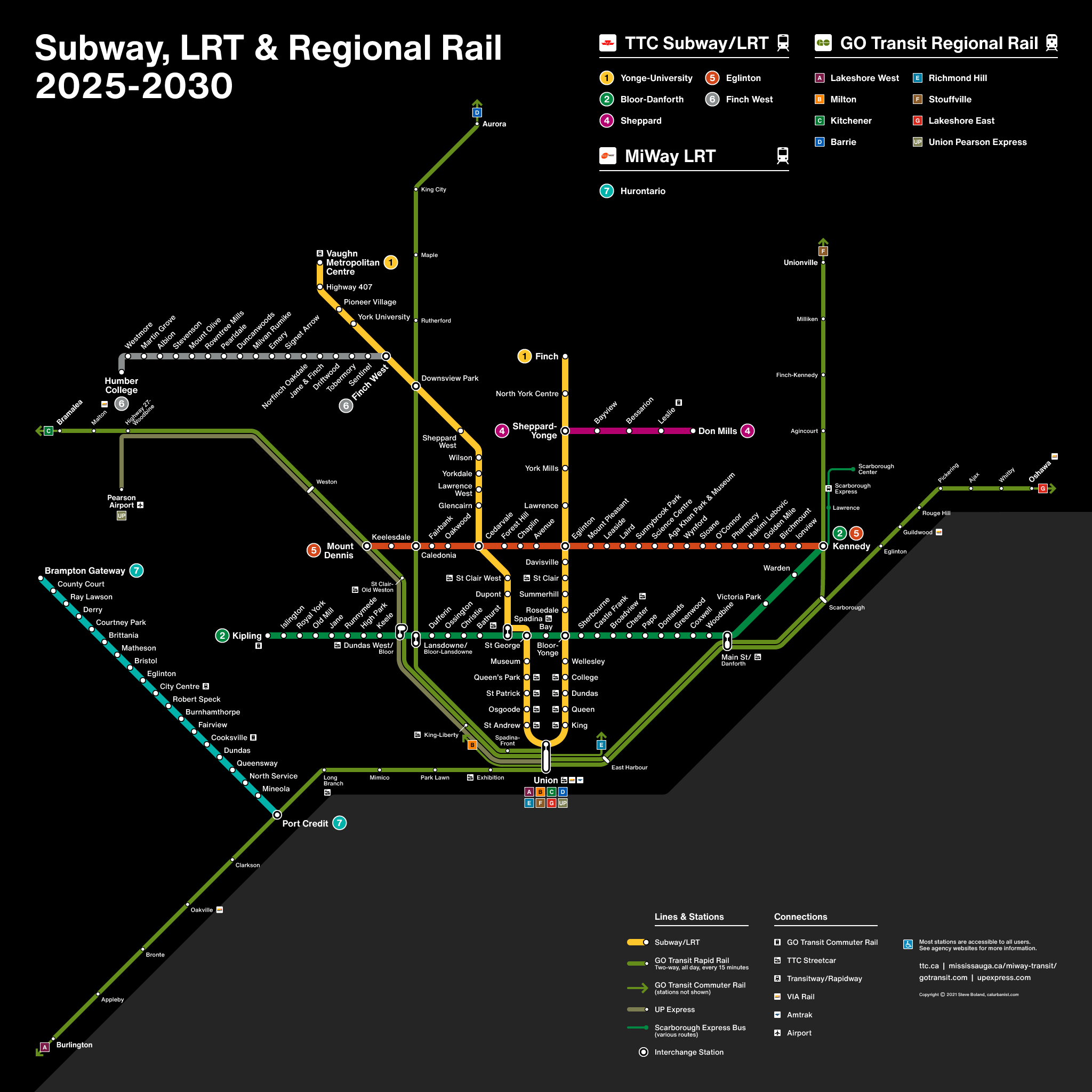