After not one but two public votes in the early 21st Century to invest in new rail and bus rapid transit lines, and with officials pushing to open several new lines before the 2028 Olympics, the mythical capital of Autopia, Southern California, is slowly but surely working toward the sort of metropolitan transportation system every great city should have — one that offers everyone freedom of movement, reliably and at low cost, without submerging coastal cities like L.A. (It hasn’t been without criticism: Some transit advocates think L.A. should spend less on rail and more on buses, or that it’s most important that buses and trains be free to ride.) An old map of mine, drafted around the 2016 election, showed all planned lines. As plans evolved, I eventually gave up on updates — but that map and the one below, which I continue to update, are steadily growing closer together. (Note that this map shows the Regional Connector, scheduled to open some time in 2023, as completed.)

Metro’s official map is stylish, but cuts unnecessary corners on geography. It also doesn’t show Metrolink, which is evolving from a traditional commuter rail network into a more frequent and modern regional rail system. In addition to most of L.A. County, this map shows the northern, more urban part of Orange County. The typefaces are DIN and Scala Sans, Metro’s official fonts. 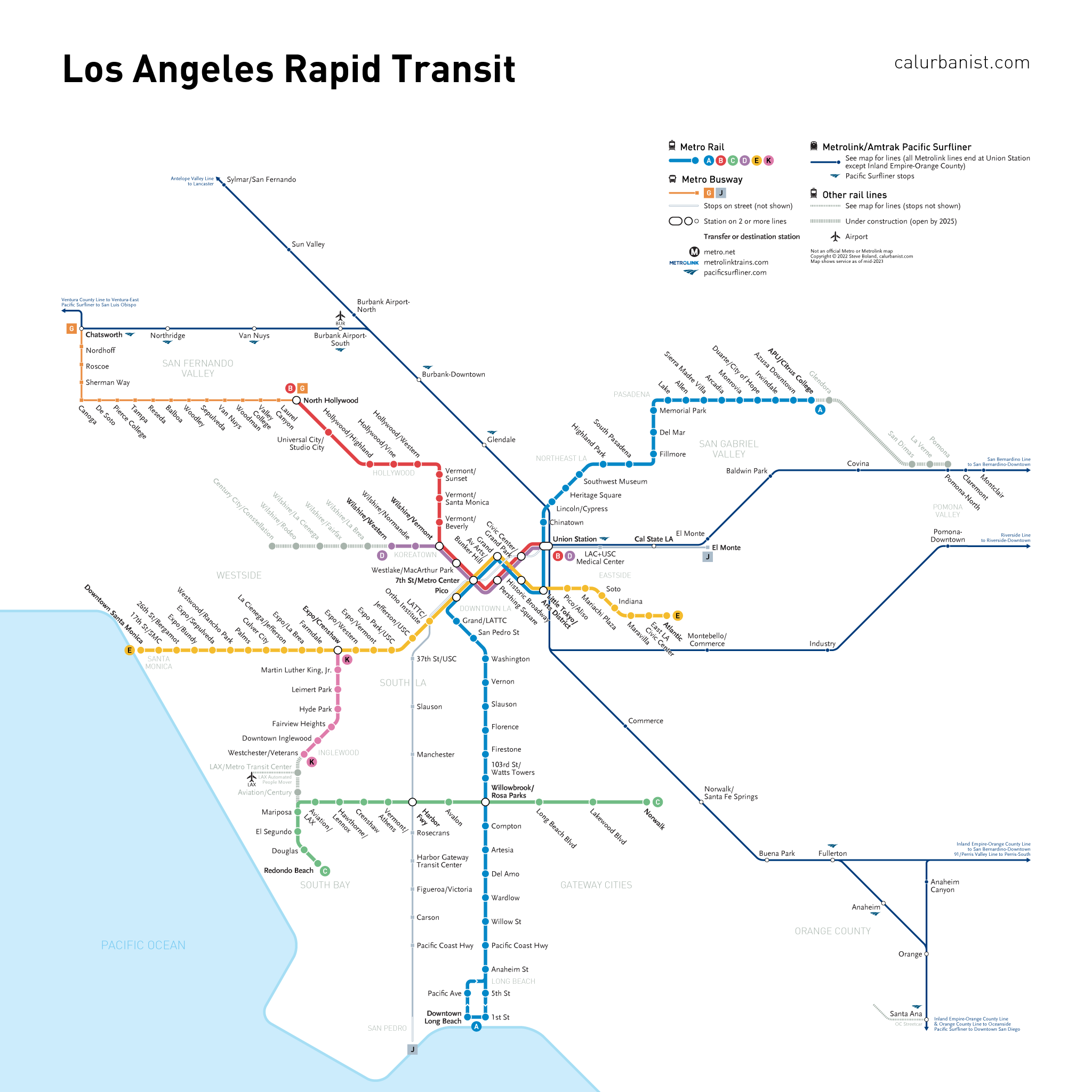