This is one of the first maps I ever produced; hence the low resolution and lack of a PDF option. I’ve included it here not so much due to its aesthetic quality (or lack thereof), but for posterity’s sake, as a reminder of just how much could’ve been lost. Modern NIMBYs have overlearned this lesson: The Jane Jacobs generation had a sense of the common good, not just shared interests, and didn’t reflexively oppose any deviation from the status quo. Still — look at that! I have lived in not one or two but three apartments that either would’ve been destroyed by freeways or would’ve been rendered more or less uninhabitable by them. (Note that Doyle Drive — #3 below — has since been replaced by the more modern Presidio Parkway, which more or less follows the same alignment.)

The typefaces are Gill Sans and Arial (as I said: one of the first maps I ever produced). I do still like the 45-degree view rotated to align with Market Street. 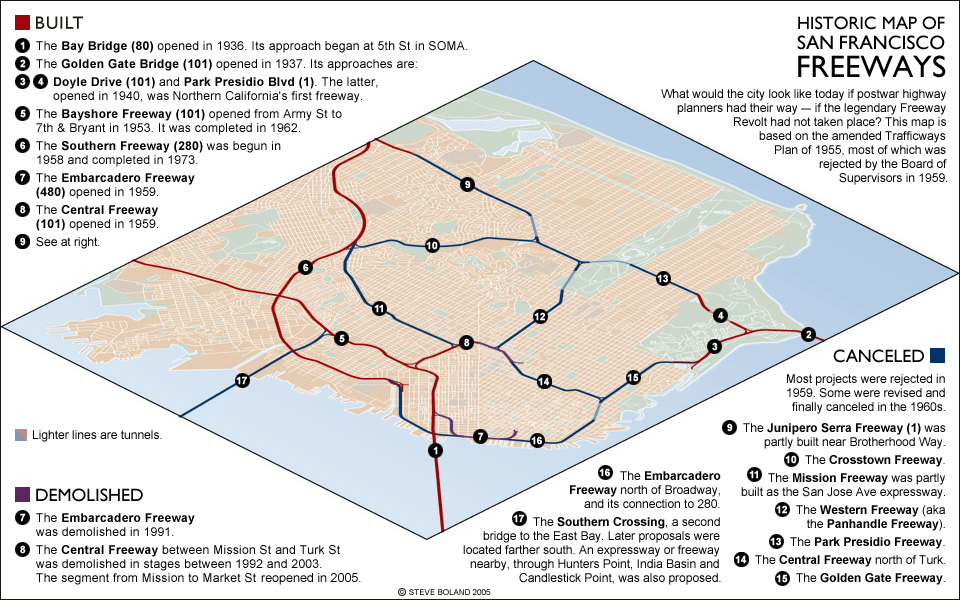