For awhile there, after voter approval in 2004 of billions of dollars in rail and bus rapid transit lines radiating from downtown in every direction, it looked like Denver, Colorado might be a model for other mid-sized American cities looking to modernize their transportation systems. It didn’t quite turn out that way. Costs rose, timelines slipped, and in the end parts of the plan were delayed to infinity. The plan also turned out to be fundamentally flawed in key ways; Colorado’s busiest transit corridor, left out of the plan, is still waiting for a BRT route. But all is not lost: Metro Denver was left with a framework of fast, reliable, high-capacity transit lines that will reinforce the centrality of the region’s transit-oriented core for decades to come — and a fast-growing region now has loads of opportunity sites for transit-oriented development.

RTD’s official rail map used to be embarrassing. It’s now conceptually interesting and slightly better executed, if still kind of awkward. This map manages to show downtown shuttles (a key link in the regional system, as the central hub of Union Station is on the edge of downtown) without being quite so downtown-centric, it offers more information about freeway BRT service to Boulder, and it differentiates between all-day and peak-only services. The typeface is RTD’s official one, Proxima Sans. 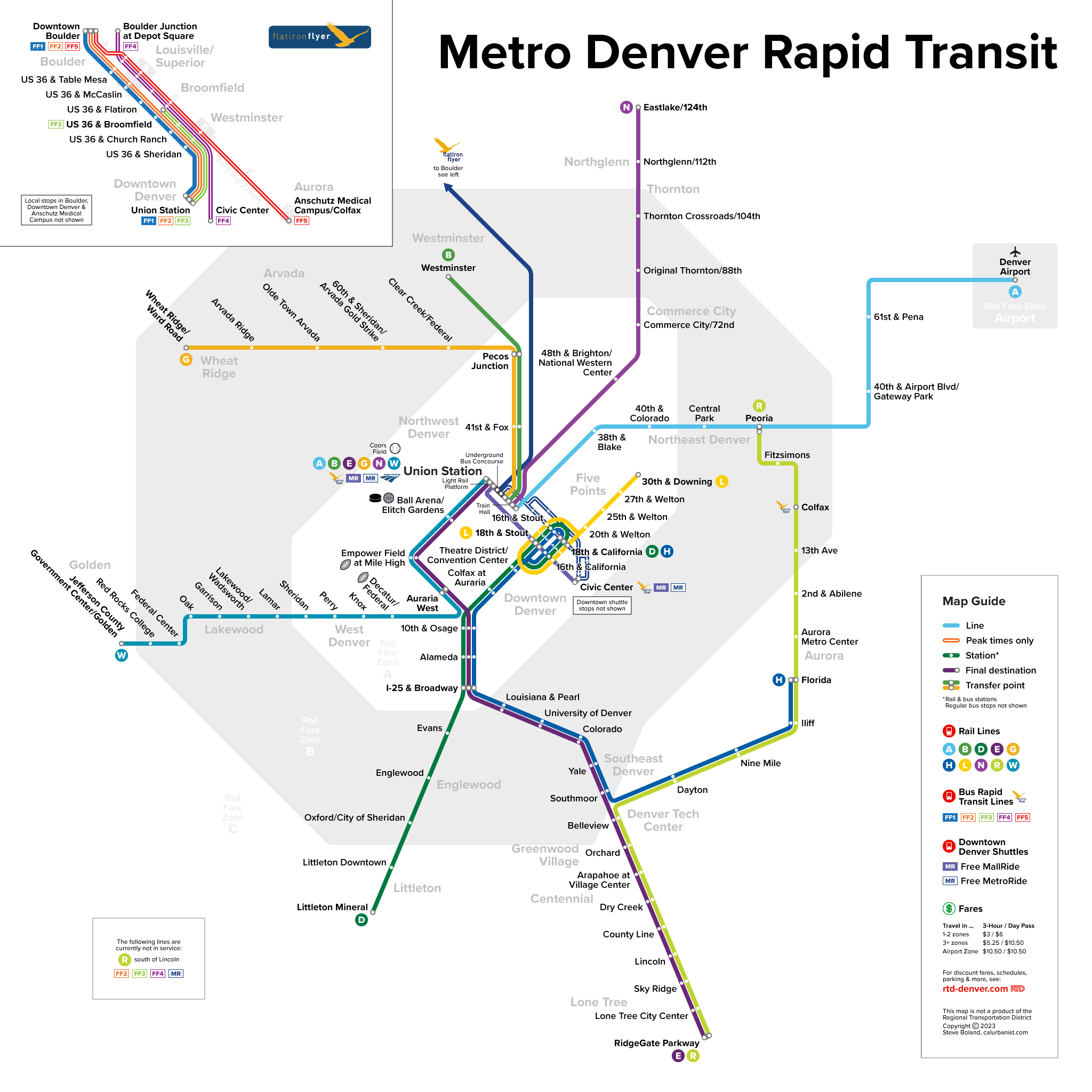