Edmonton, Alberta, Canada is a metropolitan area of around a million-and-a-half people, about the same size as Oklahoma City. Yet in the late-’70s it built the first modern light rail line in North America, using an old railroad right-of-way but, unlike most of those who followed, tunneling downtown. The system now has more than 110,000 daily riders, more than in Dallas or Denver. But Edmonton is just getting started: Now just 15 miles with 18 stations, the system will be nearly tripled in size by under-construction and approved expansions. And it’s going in new directions: While the existing system was largely built to rapid transit standards, with off-street rights-of-way and high-platform stations, some more than a mile apart, new lines will consist of low-floor trams with street-level stops.

While Edmonton transit overachieves, and while the City’s branding is modern and attractive, transit operator ETS’s graphic standards are small-time and outdated. This basic strip map, a version of which is posted at stations, appears to be the agency’s only LRT map (although in fairness, to this point the “system” has only really consisted of a single line with a branch). This map uses the City’s typeface, Prelo. 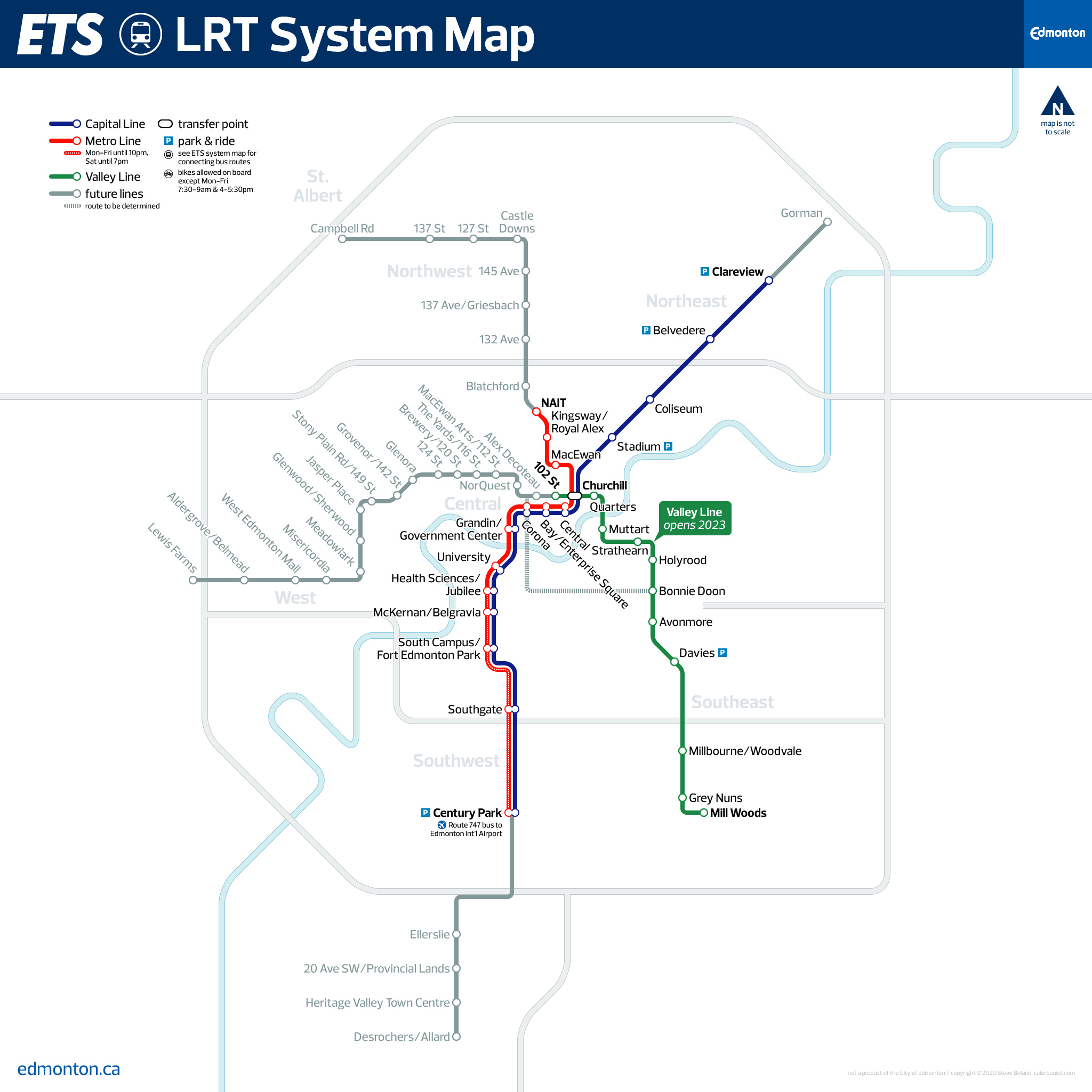