Today’s trans-San Francisco Bay transit network is, in many ways, a shadow of what once was. For over a century, from just after the Gold Rush until not long after World War II, a dense network of ferries and, later, interurban streetcars criss-crossed the bay. In the 21st Century, we have fewer and smaller ferries, and fewer rail lines, although those trains — BART — are bigger, faster and go farther inland (with one notable exception). In place of streetcars, we have express buses that more or less follow their historic routes, although those buses mostly run only during rush hours, and only into the city in the morning, and back in the evening. There is now talk of a bus lane on the Bay Bridge, or at least more priority for buses on its approaches. (Note that some of the lines shown here have been suspended since the start of the COVID-19 pandemic.)

This map is obviously highly stylized, and arguably a bit hard to make out, as lines overlap. The choice is intentional: In our world of customizable map apps, the primary purpose of a static, standalone transit map is no longer to give directions. It is to raise awareness of transit options by demystifying complex systems. For details, one can always turn to one’s phone. The typeface is Kievit. 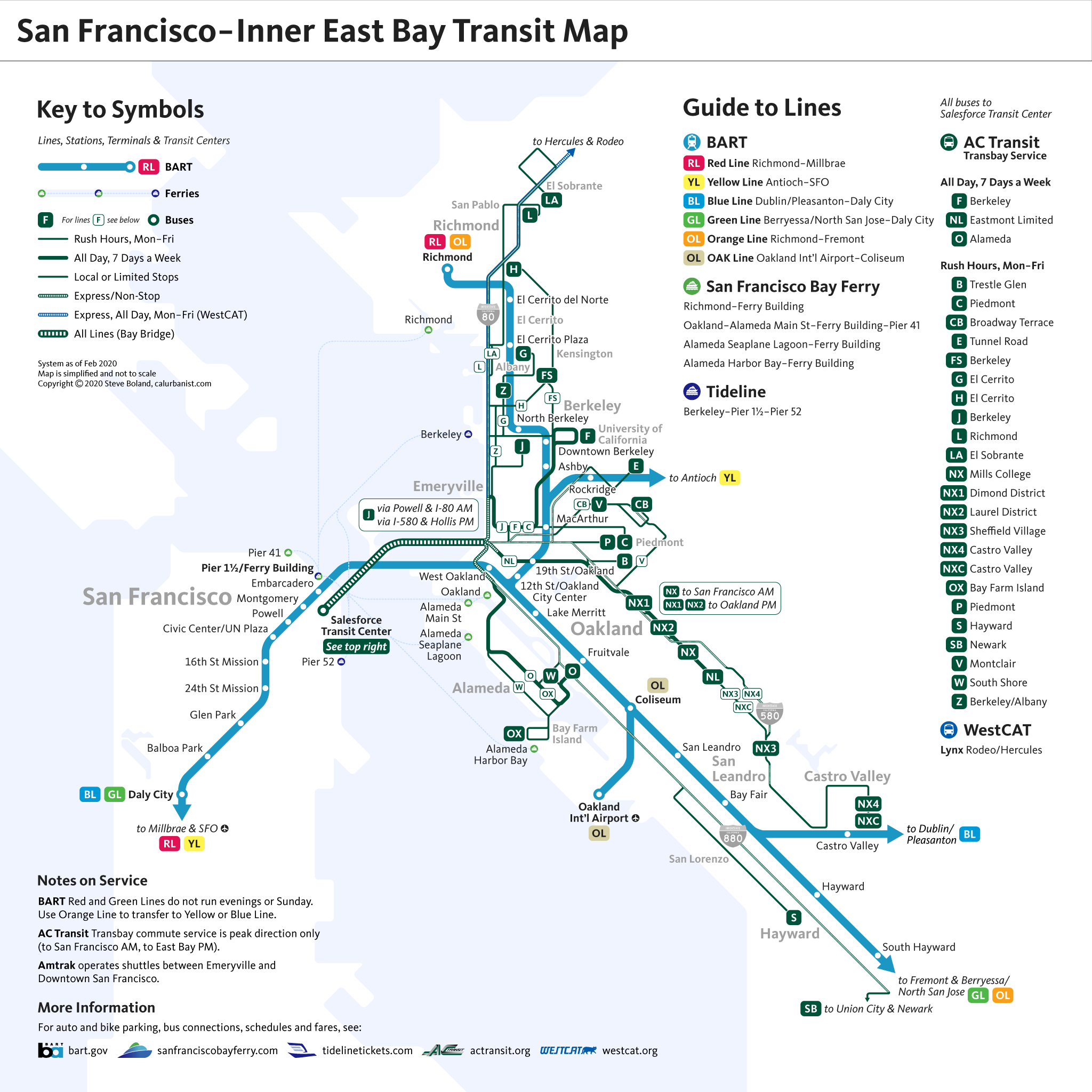