Whenever it’s finally completed, Honolulu Rail Transit will be one part Vancouver SkyTrain — it will use driverless technology, allowing trains to run every few minutes, and tracks will be elevated — and one part BART. The south shore of O’ahu is a narrow urban corridor, so a single line can offer extensive coverage, and Honolulu is an Asian-influenced city with hundreds of highrises, so ridership will be high. By extending deep into the leeward suburbs and ending just short of the Waikiki tourist zone and the University of Hawai’i, however, the initial line will replicate BART’s mistake by failing to serve core destinations while providing metro-level service to outlying areas. (Note that the segment shown as open on this map won’t open until later this year.)

O’ahu is a lush, green island surrounded by deep blue seas, under a bright blue sky — so of course operator HART’s colors are green and blue. HART’s graphic design efforts to date have been nothing to write home about (including livery that’s inoffensive, if a bit unimaginative), but it’s never too late for transit agencies to invest in maps and signs that are clear, welcoming, and convey a sense of professionalism. The typeface is Parisine, which will be used on station signs, at least. 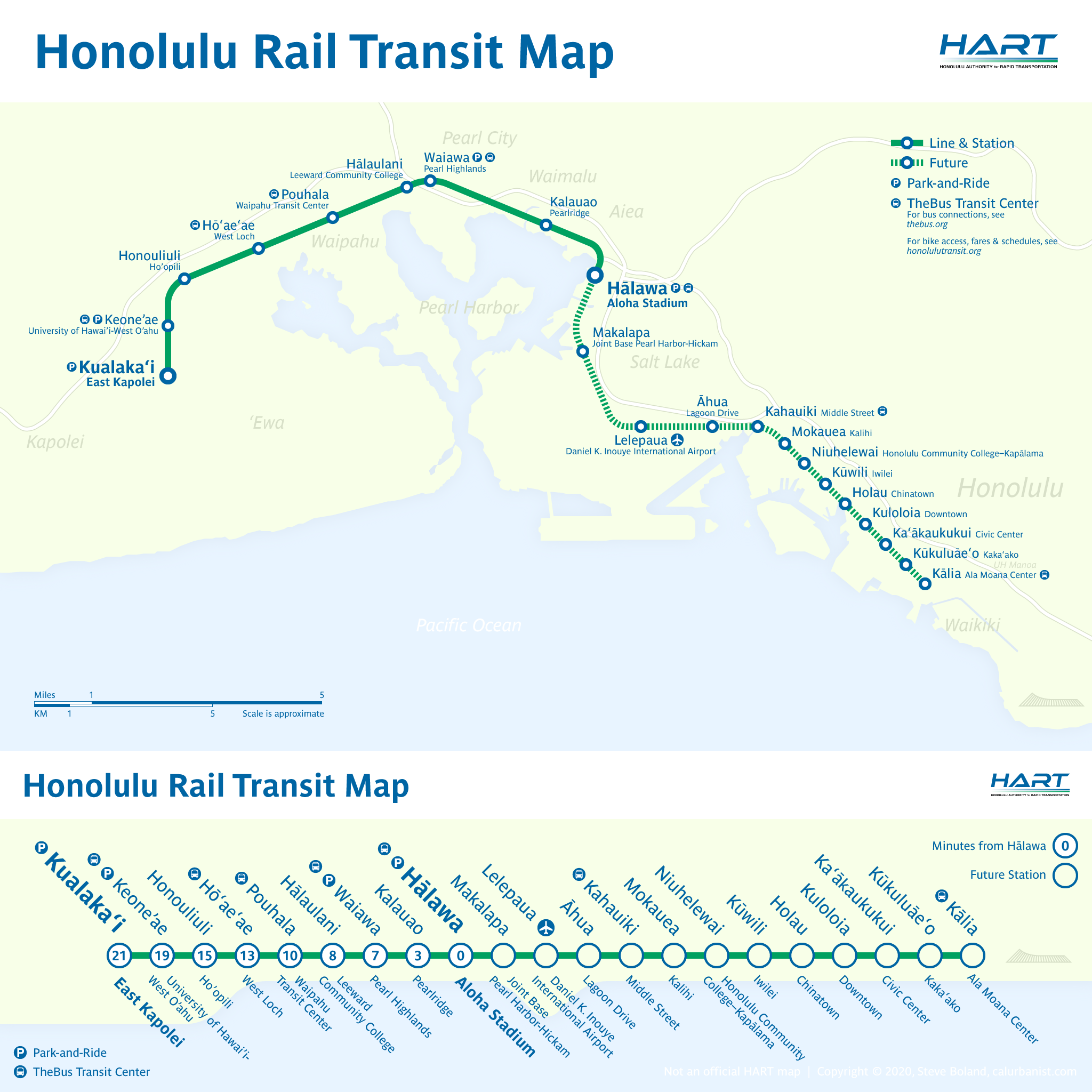