Chicago may no longer be America’s Second City when it comes to population or economic or political power, but it remains the second-greatest urban center in the country — and its famed “L” is still the nation’s number-two rapid transit system.* (* For awhile, the D.C. Metro had higher ridership, but Chicago has made strides lately, while Washington has taken a step back. In terms of history and character, meanwhile, only Boston’s “T” can compete for second place.)

I’ve always found the official L map a bit basic, to be honest. Yet the concept has always worked for Chicago. The city’s street grid is so widely understood and relied upon, the L’s platform signs have always included coordinates. Similarly, L maps have been more geographic than diagrammatic, so that stations can be located near their coordinates (this also allows stations on different lines named for the same cross street to more or less line up — there are, count ’em, five “Western” stations). This has required the Loop to be shown in an inset, and in most cities, it would result in a messy map — but in Chicago the map looks a lot like a diagram, with its straight lines and right angles. This map (or diagram?) is based on the current L map, only the execution is (hopefully) a bit cleaner and more modern. The typeface, of course, is Helvetica (specifically its latest iteration, Helvetica Now). 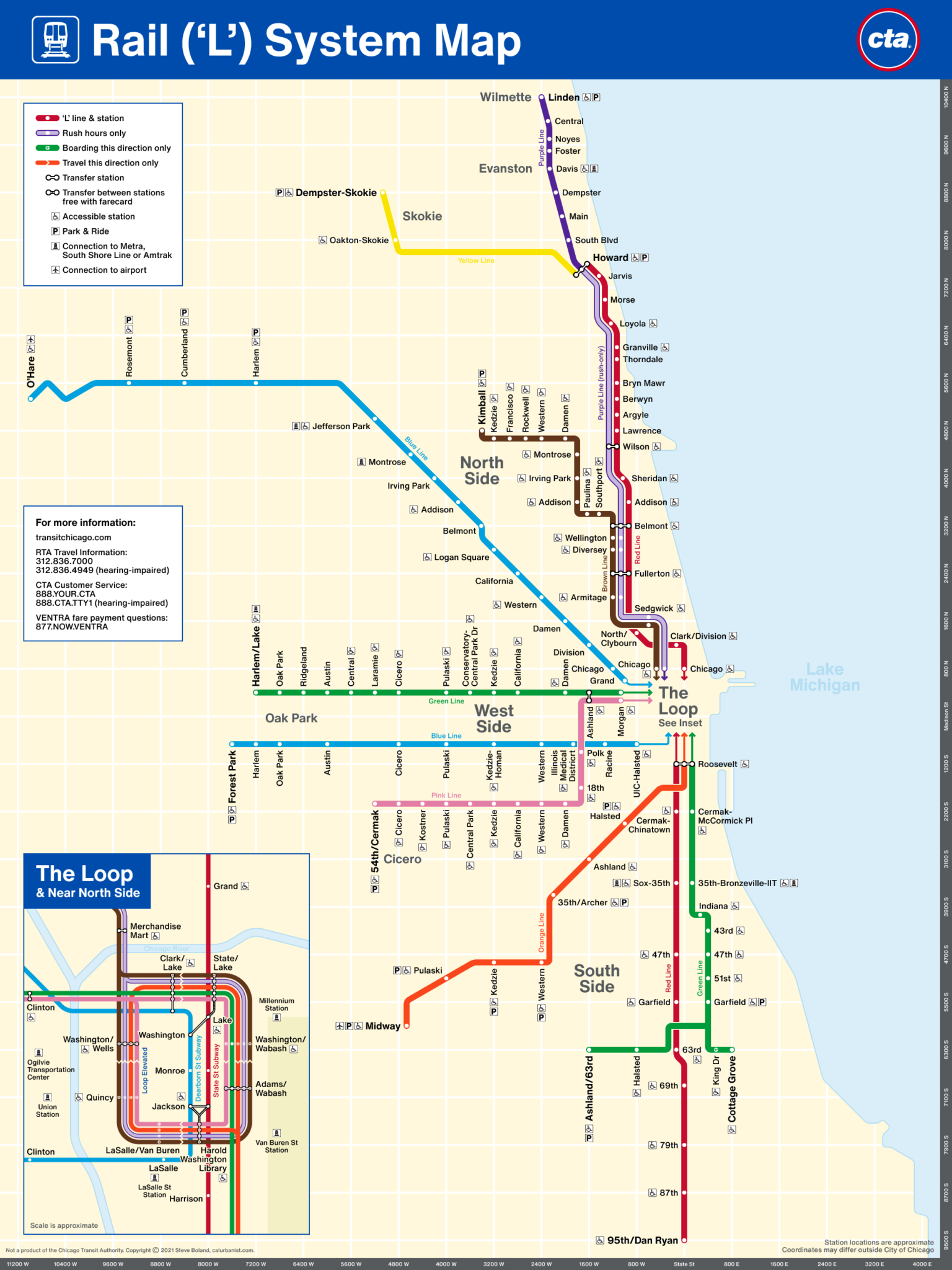