This is my first attempt at a complete transit system map in the style of those produced by CHK America and CHK staff and ex-staff including Oran Viriyincy and Kirril Negoda (some examples: Austin; Honolulu; Los Angeles; Oklahoma City; Richmond, Virginia; and Spokane, Washington). Like those maps, mine is a hybrid of a geographically accurate map and a simplified diagram. It also categorizes routes by frequency and days in service, so the most useful routes are highlighted. The idea is to increase awareness of where one can go by transit without providing so much detail that it might confuse those unfamiliar with the system; the street network should be recognizable, but the map should be visually streamlined, including only essential information, and avoiding unnecessary complexity. In my view, this should be the standard approach for any transit system using city streets; these days, detailed trip planning can be left to online mapping services and the agency website. (Many existing system maps fail to provide even basic information, or the right information — the actual Colorado Springs map, for example, shows every stop, but for some reason doesn’t show anything else except routes and a few major streets.) The typeface here is Univers, the same used in the agency logo. 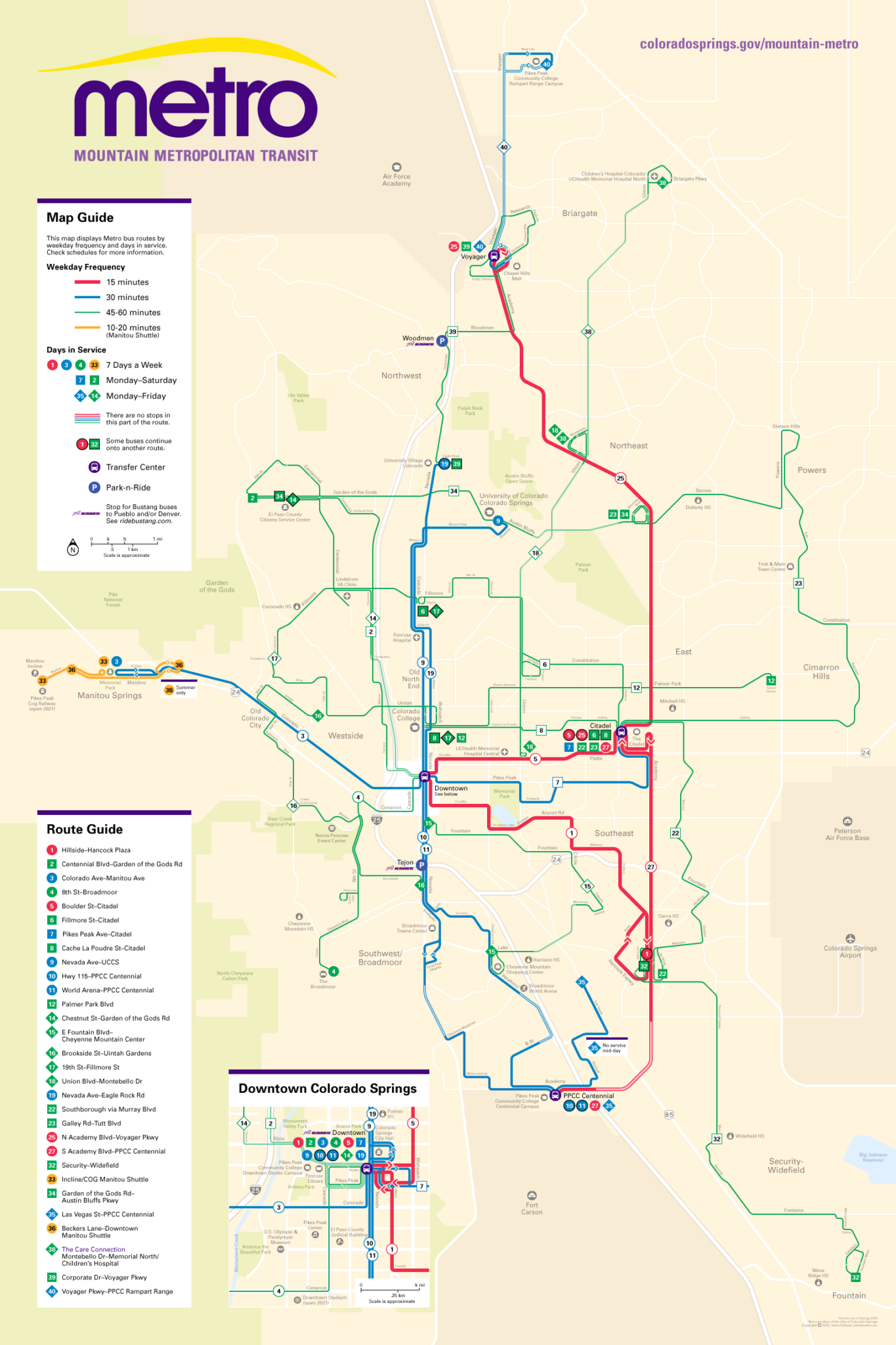