When it comes to intercity rail in Northern California, one project gets all the attention. But while that effort remains in stasis, a half-dozen major upgrades to the network are going forward elsewhere. These include: major expansions of Altamont Corridor Express and Amtrak San Joaquins service, including five new stations in the Sacramento area and six more along Highway 99 north of Merced; a whole new line, Valley Link, connecting BART to Bay Area exurbs in the Central Valley; new tunnels through the Altamont Pass for Valley Link and ACE; realignment of the Amtrak Capitol Corridor between Oakland and San Jose to provide more and faster service; extension of the Caps (or possibly Caltrain) to Monterey County; and a new Amtrak station in the Delta, in Oakley. High-speed rail, meanwhile, still plans to replace existing San Joaquins service between Bakersfield and Merced, where it could connect to the rest of the regional system (or, high-speed rail trains could continue over existing tracks at slower speeds to Sacramento and the Bay Area).

As the above suggests, the NorCal rail network has one unfortunate thing in common with the Bay Area’s: There are too damned many operators (or at least operations, as ACE, the San Joaquins and Valley Link are jointly managed). An official map like this could help new users make sense of it all; shared branding would go even further. Fortunately, there has been some cooperation lately on the capital projects described above, and there are plans to coordinate schedules with high-speed rail; with luck, this spirit of collaboration will eventually extend to not just branding, but ticketing. The typeface used here is Public Sans. 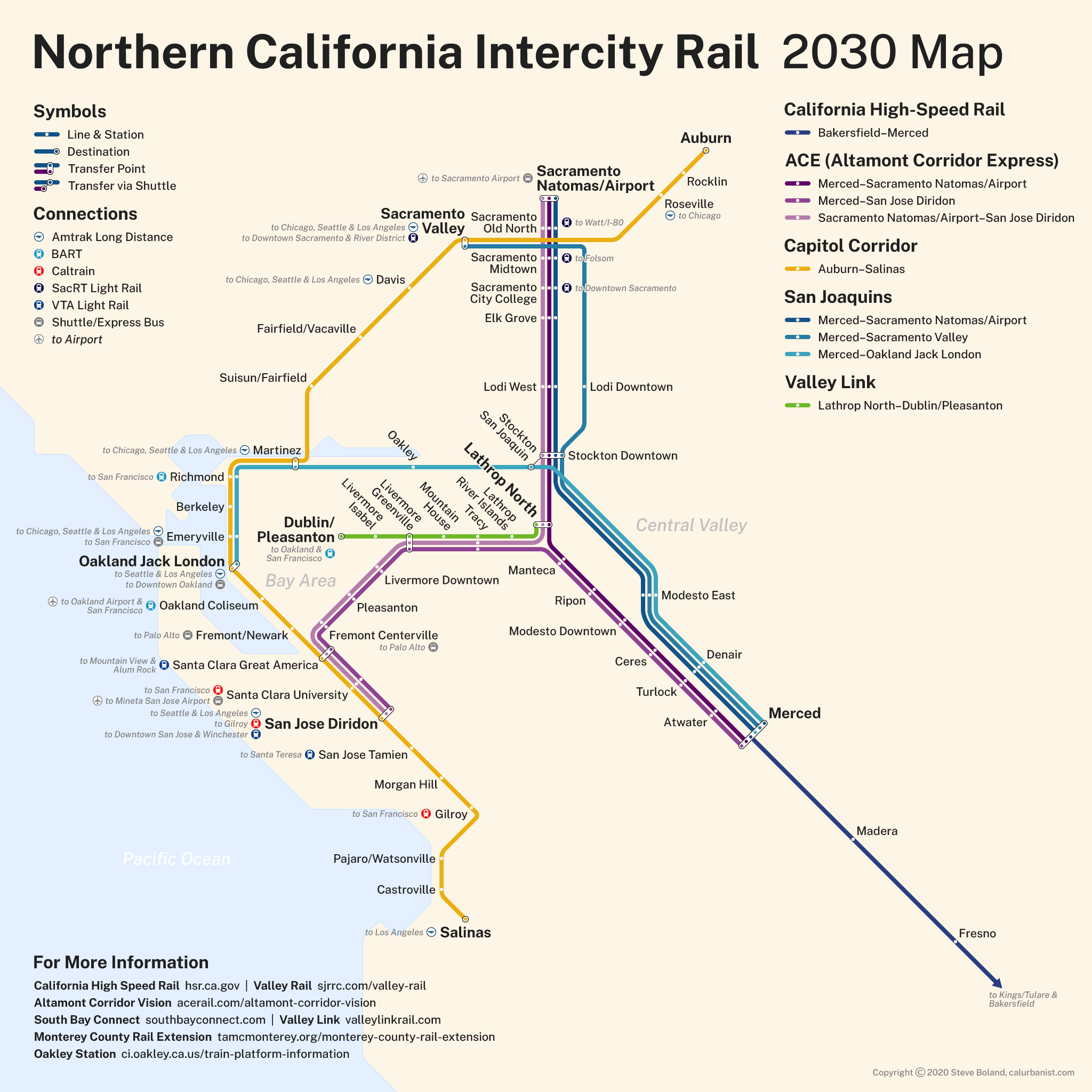