England’s second city (unless you’re from Birmingham), Manchester has an extensive rail network for a city its size (about 2.8 million people in the metro area), at least by American standards. Like all British cities that aren’t named “London,” however, it largely relies on often infrequent regional trains — this map doesn’t bother to show the Stockport-Stalybridge line, which runs once a week — and it has a tram (i.e., light rail) system instead of a proper Metro. High Speed 2 will improve access to London, and if the Labour Party ever returns to power, Northern Powerhouse Rail could improve access to nearby cities.

Perhaps unsurprisingly, most English rail maps look a lot like the Tube Map, and Manchester’s regional and tram maps are no exception. While this map borrows elements from the Manchester regional map, it is modeled after another Tube map, by Mark Noad — a map that retains the simple appearance of the classic Tube Map-style diagram, but is more geographically accurate. Yet another “hybrid” map, if you will. The size is European A5, and the typeface is Calmetta, a “reinterpretation” of Transport for Greater Manchester’s custom font, Pantograph. 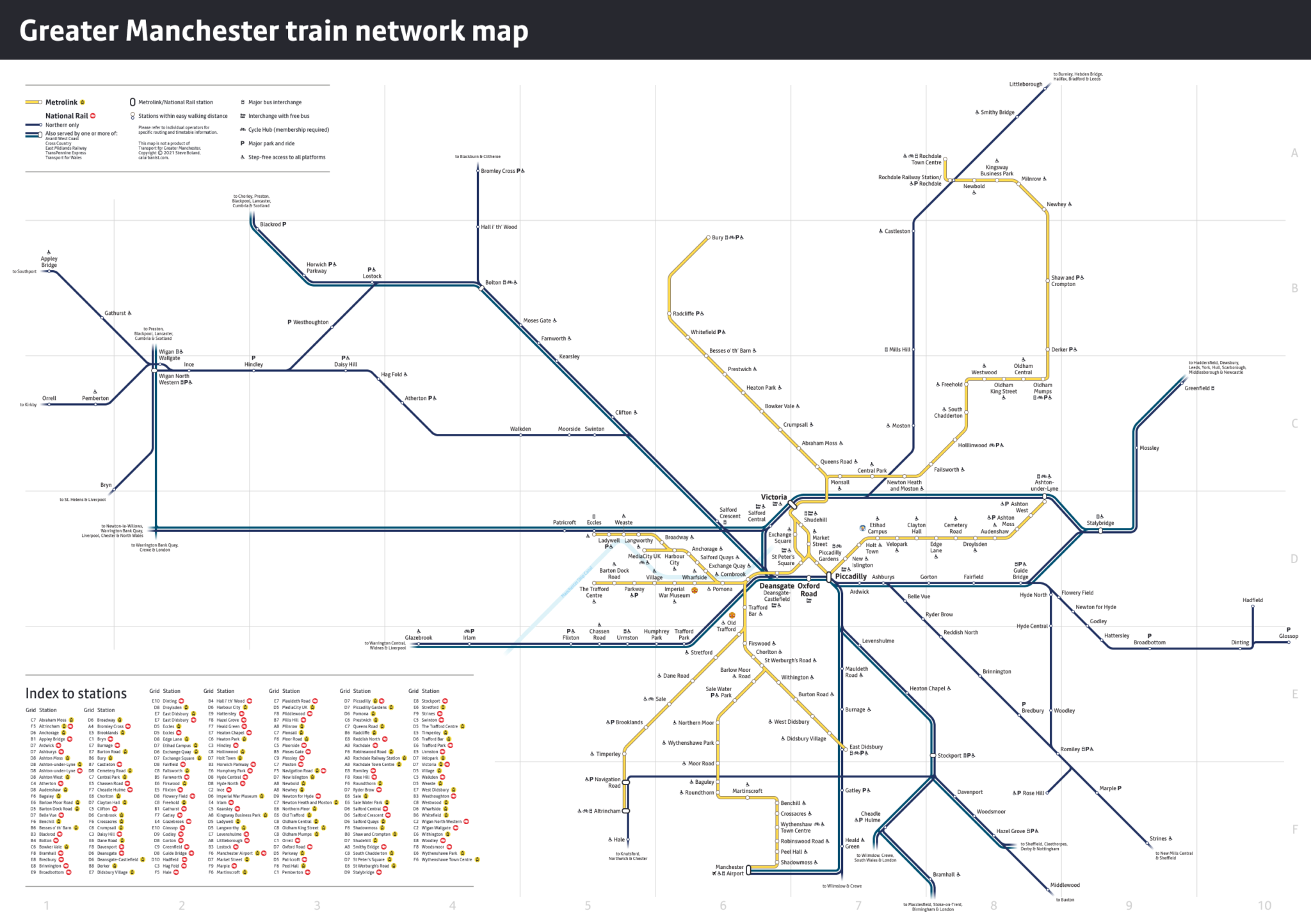